By katrinaSeptember 1, 2016Improv
No Comments 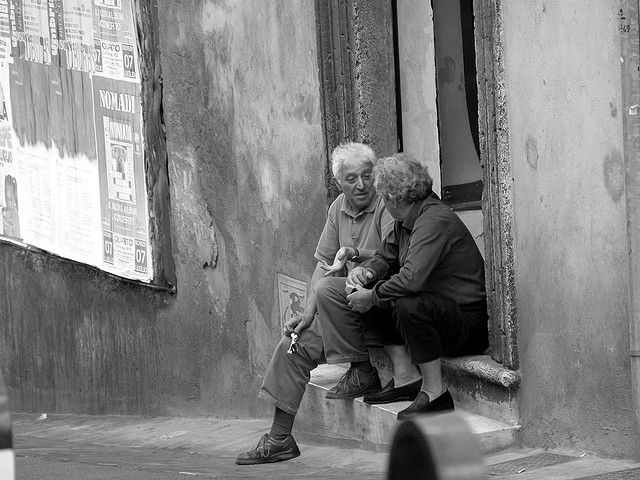 Fear of failure is often cited as the largest impediment to good improvisation. It stops improvisers from taking risks, or it spurs them on to take weird risks, in hopes of saving a scene. But what exactly is failure in improv?

Failure is defined as the lack of success, or falling short. Because improv has become almost synonymous with comedy, not getting a laugh is largely considered to be tantamount to failure. Not getting a laugh feels to most improvisers like impending doom, like they are out there, exposed, on the brink of death. Logically, we know that the chance of us actually dying up there on stage is infinitesimal, and would likely have more to do with our general health than our inability to procure laughter from the audience. But that doesn’t make it any less painful. The pain is real.

I see it time and time again in class. The interaction starts off just fine, it’s building, we’re learning about the relationship between the players, we’re beginning to see something happen between them and then one of the players decides that the interaction has gone on too long without a laugh, panics, and blurts out something nonsensical. And they often get the laugh they are looking for, because everyone is shocked that the scene just took such an odd turn. But all of the momentum the players have built, everything we were learning about each of them, the destination to where the players were heading are all lost, and the scene fizzles.

Success is defined as the accomplishment of an aim or purpose. So what if we change our aim or purpose? What if instead of looking for a laugh, we look to find a moment of truth, to keep interacting with our partner until we have an insight, until we say something that surprises us? It could be a thought either of us has been working on recently, but hadn’t been able to put into words, a shared emotion, or a confession. And what if we don’t stop the scene until it’s revealed?

This approach takes an abundance of patience on the players parts. It may take SEVERAL MINUTES to find the common thread that will lead to an honest moment. The audience may not laugh while the players are searching for that thread. But I have found that while the audience may not be laughing every few seconds, they are none-the-less engaged. They are far more willing to go on the journey than we imagine. I have also found that once that thread is discovered and the aha moment is subsequently revealed, a laugh, or a gasp or a tear from the audience follows. And it can be very satisfying, even more satisfying than a steady stream of chuckles.

Now this may not be everyone’s cup of tea when it comes to improv. Many performers and audiences may prefer to focus on laughs, and that’s great! Laughter is friggin fun and sometimes you want to know that you’ll be heading out to a show where you’re going to laugh your ass off. But by changing the measure of success from getting laughs to sharing honestly with our partners, we as improvisers can relax and give ourselves more room to explore, sometimes finding richer, more meaningful scenes that stick with us long after we’ve left class or the theater. That sounds like success to me.